It should be Project with a capital P.

The cons: it’s small, the street doesn’t look like ‘lovely old Edinburgh’, and, well, just look at it!

The pros: it’s about 4 minutes’ walk from the bottom of Broughton Street (for those of you who don’t know Edinburgh, Broughton Street is the hipster neighbourhood), the garden is very large for central Edinburgh, and I needed something to get my teeth into. I have a suspicion that street is about to change, and I’ve seen that once people paint over the pebbledash these houses can look quite charming.

Front of house: I figure I’ve already added a grand to the property by taking down the horrid vertical blinds!

Mamie, the lady who lived here for the last 35 years (who died late last year) really really liked pink. Apparently she was fond of wearing bright pink track suits with a bright yellow coat, and she smoked about 100 cigarettes a day. Apparently Mamie hand-painted this ceiling herself, after not being satisfied with someone else’s handiwork.

The little cubby-hole at the back was Mamie’s husband’s den. He originally had a CB radio in here (huge mast still on the roof), but latterly had his computer. 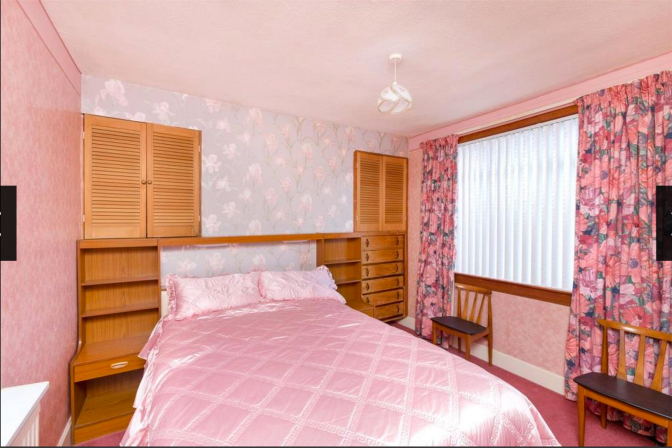 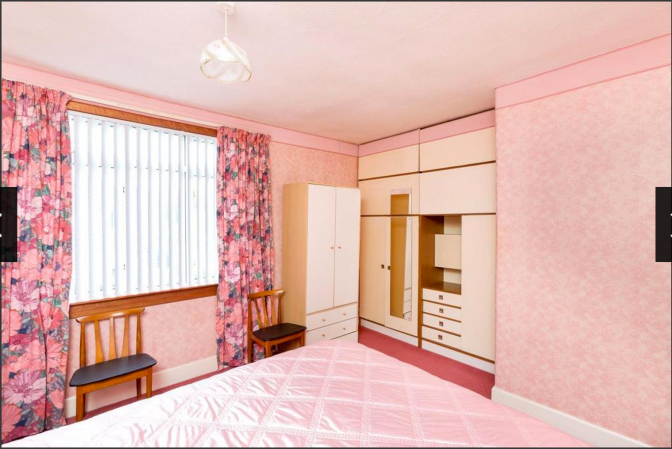 Look closely, and you’ll notice the same Battenberg cake (yellow and pink checkerboard) pattern on the garden pavers. It’s been a long time since I worked as an architect, but I think this is called ‘holistic design.

Very jazzed about the greenhouse! Can’t wait to get some tomatoes going.

My first thought was to dig out the basement, but D’s trusted contractor thinks it would be £70-£100K, which is definitely not worth it in this neighbourhood. My next idea was to put an addition onto the top of the kitchen addition, but apparently I won’t be able to get planning for that, so if I want to add space it will have to be to the side. My plan now is to get the existing house into shape first, and maybe build a studio and gym at the bottom of the garden, then think about a side extension next year. 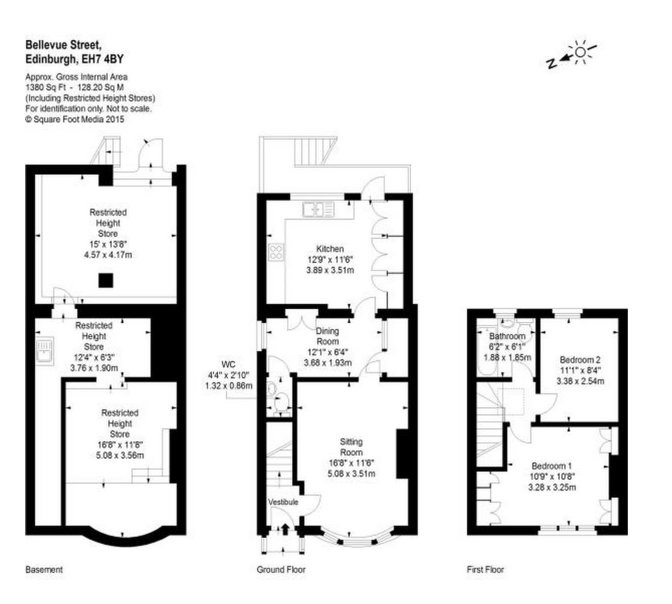